The signing into law of the Companies and Allied Matters Act 2020 (CAMA 2020) in August 2020 by President Muhammadu Buhari is generally believed by various stakeholders to be a positive development for businesses in Nigeria. The government has been keen on improving Nigeria’s ranking on the now-suspended ease of doing business index of the World Bank. This has led to the development of new policies, regulations and laws in the country. CAMA 2020 is regarded as a landmark legislation that is in line with this and other objectives.

All types of businesses, regardless of their size, borrow money for many reasons, including working capital, expansion initiatives and various acquisitions. The general consensus was that under the Companies and Allied Matters Act 1990 (CAMA 1990), the provisions on taking security – the types of assets over which a security can be taken in Nigeria, the different types of security, as well as the related procedures for the perfection and enforcement of such security – were mostly outdated and challenging for businesses in the country and foreign investors.

The following are the relevant changes introduced by CAMA 2020 in relation to taking security:

SFCA is defined under Section 222 (13) of CAMA 2020 as an agreement or arrangement evidenced in writing, where:

In other words, an SFCA is simply a security arrangement or agreement, which involves collateral in the form of cash (physically or in bank accounts), securities (including shares) or other assets capable of being in the possession or under the control of the collateral-taker. The parties involved must be corporate entities. Pursuant to Section 222 (14) of CAMA 2020, an SFCA – or any charge created or otherwise arising under it – is excluded from the requirement under Section 222 of CAMA 2020, which relates to registration of charges at the Corporate Affairs Commission (CAC), as provided.

This exclusion further relieves a company of the obligation under Section 215 of CAMA 2020 to keep at its registered office any instrument that creates a charge requiring registration. This implies that even the inspection of a company’s charge-based instruments will not reveal the existence of any SFCA entered into by the company. It is, however, unclear if companies are exempted from entering the particulars of SFCAs in their register of charges.

The introduction of SFCAs by CAMA 2020 raises two major questions: First, what amounts to possession or control by a collateral-taker? Second, how does a lender/collateral-taker secure its interest under an SFCA?

What amounts to “possession” and “control” is a major factor in determining if a security arrangement qualifies as an SFCA. It will also help companies ascertain whether there are any obligations to be complied with. The absence of these necessary definitions may put companies at the risk of entering into arrangements that they regard as “SFCAs,” which may later be adjudged not to be SFCAs. The lack of registration of related charges would then become inchoate. This creates a lacuna in CAMA 2020 that is now left to the courts to interpret or at the discretion of the CAC (or through the newly-established Administrative Proceedings Committee).

It is, however, noteworthy that the definition of an SFCA under CAMA 2020 is a replica of the definition of an SFCA under the UK Financial Collateral Arrangement (No. 2) Regulations 2003 (UK FCA Regulations). In the latter, the terms “possession” and “control” were also not initially defined. However, in 2010, Regulation 4 of the UK Financial Markets and Insolvency (Settlement Finality and Arrangements) (Amendment) Regulations amended the UK FCA Regulations by inserting a definition for “possession”. Nevertheless, UK courts have given various interpretations to both terms, although based on specific cases. Those interpretations are, unfortunately, not binding on Nigerian courts, although they may be of persuasive authority to courts in Nigeria.

CAMA 2020 only excludes SFCAs from registration. It contains no other provision on SFCAs. Thankfully, there are other relevant legislations that may cover SFCAs and provide lenders/collateral-takers with    options of taking security in relation to SFCAs. The relevant legislations are the Secured Transactions in Movable Assets Act 2017 (the STMA Act) and the Central Bank of Nigeria’s Collateral Registry Regulations 2014 (the Collateral Regulations), which established the Nigerian Collateral Registry (NCR). The STMA Act applies to all security interests in movable assets created by an agreement that secures payment or the performance of an obligation subject to other qualifications under the STMA Act.

Despite the above challenges, most micro, small and medium-sized enterprises (MSMEs) will be eager to obtain debt investments through SFCAs as there may be no transaction costs such as stamp duties and     registration fees (except for registration fees at the NCR). Furthermore, the CAC may throw more light on the nature of SFCAs by defining relevant terms through regulations.

The registration fees paid for the filing, registration or release of a charge with the CAC has been capped at the maximum rate of 0.35% of the value of the charge, under Section 222 (12) of CAMA 2020. The Minister of Industry, Trade and Investment, however, has the power to specify another amount in the Federal Government Gazette.

This provision of CAMA 2020 is highly commendable, given that the applicable fee as prescribed by Schedule 3 of the Companies Regulations 2012 was 1% and 2% of the value of the amount to be secured for private and public companies, respectively. Generally, borrowers have always found perfection costs to be very high and eventually these costs erode a significant part of the amount borrowed. Contractually, lenders pass on the cost of perfecting security to borrowing companies. Thus, borrowing companies eventually end up paying (i) stamp duties on security documents depending on the type of security (for example, for mortgages, it is at the rate of 0.375% of the value of the secured amount); (ii) registration fees at the CAC and, in the case of real estate property, to the relevant land registry; and (iii) application fee for governor’s consent when a security is created over land.

Also, where a security is created over the shares of a publicly quoted company, a lien must be registered at the Central Securities Clearing System Plc. Therefore, the reduction of the registration fee rate payable to CAC from 1-2% to a maximum rate of 0.35% significantly reduces perfection cost.

It is important to take into consideration the potential increase or reduction in the registration fee rate through the additional amount to be specified by the Minister of Industry, Trade and Investment when structuring and negotiating finance documents once CAMA 2020 is gazetted. It is equally important to note that in transactions where a facility is to be disbursed in tranches or after milestones, parties should incorporate provisions in their contractual framework that will mitigate the risk that perfection costs for upstamping, which may have been housed or built up in an escrow account, remain adequate to meet upstamping costs.

The express provision for notice of negative pledges will ensure that companies indicate same when     registering their charges at the CAC. It will be a considerable factor for lenders when reviewing the books of companies they intend to grant credit to.

According to Section 207 (4) of CAMA 2020, a fixed charge has priority over other debts of a company, including preferential debts. This provision applies regardless of any other legal provision. A fixed charge is essentially a charge created over fixed assets of a company such as land, buildings, plant and machinery, etc. This vests full control of the charged assets to the lender(s) while the assets are in the possession of the company. It should be noted that according to Section 222 (13) of CAMA 2020, a charge includes a mortgage and as a result, fixed charges may include mortgages.

The implication of this provision is that fixed charges over the property of a company automatically have priority over all other charges, irrespective of the preferential rights obtained with other charges or the inclusion of a negative pledge. In addition, this provision may discourage lenders from obtaining floating charges over a company’s property. Rather, lenders may resort to obtaining fixed charges only or both fixed and floating charges.

By the provisions of Sections 217 (1) and 219 (1) of CAMA 2020, the CAC has a discretion to request and obtain a copy of a company’s register of charges, any instrument, which creates a registrable charge, and the company’s register of debenture holders. In the same provisions, the CAC has a discretion to determine the fee payable by any person other than a creditor, debenture holder or member of a company who requests to inspect these documents or obtain a copy.

The crux of this provision is the power of the CAC to request the security instruments and registers of a company. This may be regarded as a form of check on companies. Given that this power is discretionary and not limited by any condition(s), it may become an arbitrary power of the CAC. In addition, the basis for this provision is unknown, particularly because equivalent legislations in countries like the UK, Canada, Australia, India and so on, do not contain similar provisions. It would be helpful to know either if there is precedence for this power or the rationale for its inclusion. That being said, only time will tell how the CAC will exercise this discretion and if this is a positive step.

Notwithstanding the innovative change introduced, it is equally important for parties in lending transactions to familiarize themselves with the nuances in CAMA 2020 and how these changes may significantly affect their transactions.

We have also noted that an SFCA – or any charge created or otherwise arising under an SFCA – is excluded from the requirement of registration. Accordingly, lenders need to ensure that they understand the legal regime under which they can take security and register it under an SFCA. Similarly, 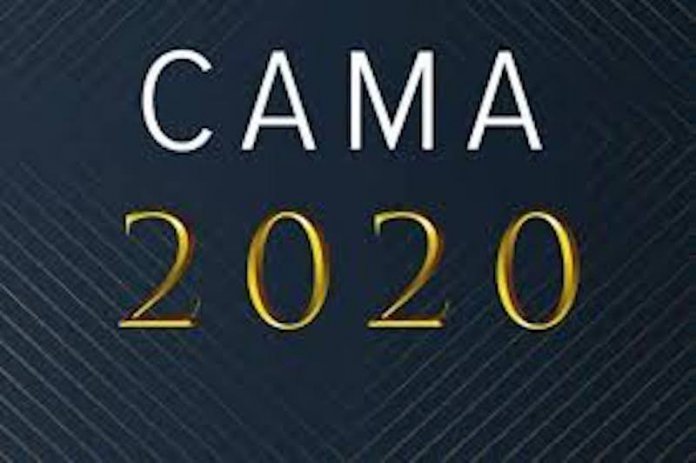 Furthermore, it is envisaged that the NRC will become a more familiar entity in Nigeria. This will likely reduce the burden on the CAC.

In conclusion, while recognizing the positive reactions to the provisions of CAMA 2020 on taking security; we are optimistic that as soon as CAMA 2020 is gazetted and becomes effective, its positive impact will be felt immediately by businesses in Nigeria.

Detail Commercial Solicitors is distinct as Nigeria’s first commercial solicitor firm to specialize exclusively in non-courtroom practice. Based in Lagos, Nigeria’s business capital, DETAIL is totally committed to its clients’ business objectives and reputed for dealing with the minutiae. www.detailsolicitors.com